First I acquired the raw materials. At the RT-Mart I got what I thought was plain milk as it just said “High quality milk” on the side. I also thought I saw 3.5% written on the carton but it may have been 35% (oops – yum!). I studied the yogurts fanatically and settled on one that didn’t seem to have any thickeners in it. There were a lot to choose from (these are about half of the yogurts that were out on display) and a few said plain but had artificial sweeteners added. I chose one with a bit of regular sugar added and no thickener (it’s the one with the girl’s picture on the front). 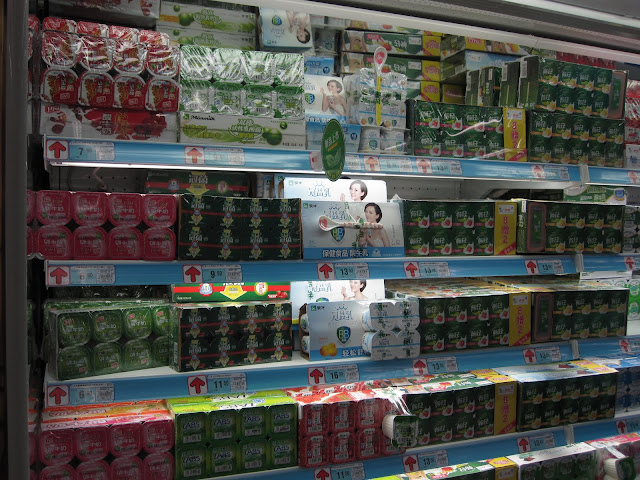 Back home I put the milk (heavy cream) in a pot and heated it up until little bubbles started to form. I didn’t have a thermometer, but you can boil cow’s milk without harming your yogurt so I let it come to at least a simmer. 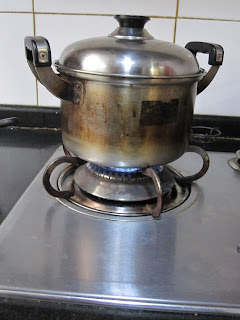 I then set it aside and let it cool until the pot felt about lukewarm to the touch. Now this was the first time I ever tried setting it in a larger bowl with cold water to cool it faster. Wow did that ever work! It only took about 5-10 minutes when normally it would take an hour. I will be doing this at home now, rather than having to wait an hour to mix in the starter. I tried it once at home and just set it in the sink with cold water since I didn’t have a big wide pot to set it in. Anyways, once the milk had cooled, I mixed in one 6oz yogurt pack. Then came the tricky part, I didn’t have a heating pad, oven, slow-cooker(the only one was busy making my soup), ‘warm area’, or yogurt maker. So I put some hot boiling water in the larger bowl the pot was sitting in. I set the pot of milk in that. I changed the water adding fresh hot boiling water about every 6 hours. 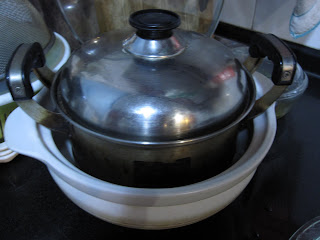 After 24 hours it was definitely set, and that’s when I realized it was probably 35% heavy cream. It was SO thick. I tasted it and it wasn’t nearly as tangy as I’ve made it in the past so I left it overnight again. The next morning it was perfect. 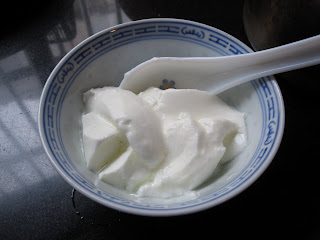 It was so good and I absolutely coated it in honey (why not? I’m on vacation) hoping to gain back a bit of weight lost from the sickness. I tried not to eat it too fast since I only made 1 liter and managed to keep a cup of it for the last few days of traveling in Beijing. I’m very glad I attempted to make yogurt even though I had nothing with me. It can be done!